Here we go again! Another year, another election. Every election seems to be the most important of our lifetime. Indeed, the fall 2022 election is going to be very significant for the residents of the state of Wisconsin. We have all experienced the tendencies of the current governor and attorney general to quash the rights and freedoms of Wisconsinites at every opportunity and are repulsed. At every turn we are confronted with reminders of how fragile our freedom is. The party of mandates (Democrats) is running amuck in many states.

Fortunately, Wisconsin has been spared the worst because we have a Republican legislature and a Supreme Court that came to our rescue. In 2022 we have one more chance throw the bums overboard.

Unfortunately, we have an electoral system in Wisconsin that we do not trust. We have anguished over voting irregularities for the past year without a satisfactory resolution. Time will tell if the audit of the last election by the Legislative Audit Bureau, the Gableman Audit, or work done by independent groups will do anything to clean up the problems created by people with no respect for the rule of law. We will have one more chance to attack the corruption by winning the statewide elections next fall with an overwhelming turnout of Republican voters. Our legislature has passed election reforms, but only a Republican governor will sign them into law. 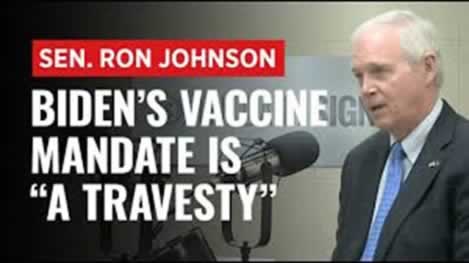 Wisconsin has a US senate seat on the line next November, also. Whoever gets the Republican nomination will need all the help we can give. Statewide, we must elect a Republican governor, lieutenant governor, attorney general, secretary of state, and state treasurer. Locally, Senator LeMahieu, Rep. Katsma, Rep. Vorpagel, and Rep. Ramthun will all be on the ballot. We must be victorious all around.

Last, but most importantly, spring elections are coming up. Get to know the candidates in your area so that you can make an intelligent vote. We will be promoting our vetted candidates throughout the spring election at our Web Site.

Through it all, let’s be optimistic. America is not over yet. The Republican Party is still standing between you and the tyranny of the state. Please join us or renew your membership at Join RPSC. Your support, both financially, through your volunteer work and your advocacy of our principles is critical to the well-being of our state and country.

From the executive board of RPSC: thank you for the support that you have given us, and may your new year be filled happiness, prosperity, and blessings.

I am responding to Ben Winker, Chairman, Democrat Party of Wisconsin.  The entire letter that Mr. Winker had published in various newspapers supports a system of balloting that's easy to manipulate, impossible to monitor, and readily corrupted.  And he lets it be known that anyone who opposes such a process is "suppressing the vote" of "Blacks and browns, young, low income, or have disabilities".  This ties into the malicious and unsubstantiated accusations of Republican racism by the media.  By fictitiously labeling and slandering Republicans and anyone who supported President Trump, Mr. Winker and Democrats have clearly rejected human decency and proper protocol in their desire to win elections.  It is easy to conclude that chaos on election day must work to the advantage of Democrats.

There is no question that radicals and activists exploit any lapse of ballot security.  That is why laws are written and must be followed as prescribed.  Anything less and the winner of our elections goes to the persons who can stuff the most ballots into the box in a given period of time.  Mr. Winker says, "It's about democracy".  The quickest way to destroy our democracy is to follow his instructions.  Our democracy can only be saved by strict adherence to election law and closing loopholes that make fraudulent voting easy and without consequence.  Sadly, Governor Evers shows no interest in free and fair elections.